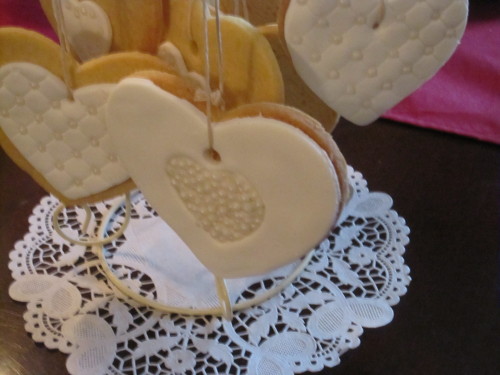 According to ‘About Food‘ …

There is no more quintessential British ritual than the ceremony and serving of Afternoon tea. It is believed that credit for the custom goes to Anna, the 7th Duchess of Bedford in the early 19th century. The usual habit of serving dinner between 8 and 9 pm left the Duchess hungry and with a ‘sinking feeling’ by late afternoon. To stave off the hunger, she would order tea, bread and butter and cakes to be served in her room.

Later on she would invite friends to join her at her home and the light tea was such a success the habit caught on.

The Duchess continued the custom on returning to London and soon the ‘At Home’ tea evolved which quickly spread throughout England. Announcements about tea were sent to relatives and friends stating at what hour the tea would be served.

The taking of tea gradually spread from the home and out into society in general. Tea Parties became the norm and Tea Rooms, and Tea Gardens quickly sprang up everywhere.