A new trend for cupcakes is to infuse your cupcake with a shot of intense flavour by turning your bakes boozy using shots.

Lakeland have some Wilton Martini Bottle Topper Shots which you fill with your favourite tipple and pop into the top of your cupcake, ready to be squeezed into the sponge before eating. They would make a great stocking filler for someone who loves to bake. 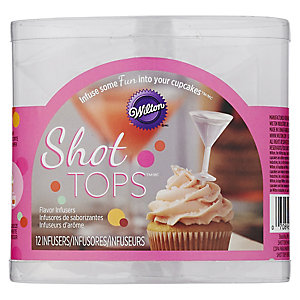 British Egg Week culminates with a celebration of World Egg Day at a #PutanEggonit street food event at Hawker House on 14th October.

The event, which has been created for key journalists and food bloggers, but is also open to members of the public, continued throughout Saturday 15 October.

Top chefs have cooked up lots of egg-citing recipes for us to try – just visit the Egg Info website for the recipe details.

A massive 3.5k of other peoples recipes have been added to their site so far. Tuesday nights will never be the same again. Tomorrow’s theme is #TudorWeek! in what looks like a very empty marquee. The question now is who is in the running to win this year’s Bake Off. Every week I seem to get a different idea of who I think will win and that person has sometimes been the one to be eliminated so I’m not holding my breath that I will get it right on the night.

I guess it’s a bit like chocolate in that all good things have to come to an end.

National Baking Week is 17th – 23rd October, 2016 and is to promote baking with the family.

There is no better time than during National Baking Week to set yourself a baking challenge and spend some Homemade Family Time with friends and family.

There’s such a variety of recipes available and they want you to try something new and tackle more challenging bakes. If you’re pushed for time why not search for a recipe that can be made in under 30 minutes? If it is something sweet you fancy why not search their range of tempting deserts? And for Homemade Family Time, look no further than their Baking with Kids recipe section, perfect to give you all the inspiration you and your family need to get into the kitchen!