The Dairy Box of Home Cookery by Emily Anderson is a special anniversary edition of this book celebrating 50 years of this classic cookbook, featuring 950 classic recipes including 50 new recipes sure to become firm family favourites.

The Dairy Dairy website has lots of gift ideas around this famous book with recipes and competitions to enter. The legendary Dairy Book of Home Cookery is the perfect reference book for both novice and experienced cooks. It’s cited as one of the most trusted recipe books of all time and is revered by all those who own a copy.

It has extensive cook’s information and over 900 recipes from soups to desserts, baking to confectionery, this is the one cookbook you’ll return to time after time. This new edition contains all the favourites from the original book along with new British classics.

The hardware shops of the fifties were where you could get most of your household goods as supermarkets were not up and running then. It was home for household items like balls of string, cook’s matches, mothballs, toilet blocks and nails. You could also purchase crockery, cutlery and cooking equipment.

Some of the traditional cleaning products survived the war and are still around today. Those who have changed little in their design including Brasso (in the can), Lux Soap Flakes, Tide Washing Powder and Ajax Scouring Powder. Other popular brands include Harpic, Flash and Surf. Of course, laundry detergents were quite different with optical brighteners like Reckitts Blue which would be added to the final rinsing water to ensure the linen was whiter than white.

Although the fast food was not happening until the middle of the 1950’s there was plenty of canned foods around like, soup, luncheon meat, corned beef and tinned fruit and vegetables. Frozen foods were also starting to become popular with fish fingers being one of the first ones on the market.

Of course, there are still a number of stock cupboard items still going strong now including Marmite, Oxo, Bisto, Colemans Mustard Powder and Atora Suet. Diet drinks were not available at that time but Tizer, Lucozade, Kia Oran Pepsi and Coca-cola topped the list of favourites.

If you still love some of your oldies then try the British Corner Shop below.

The British Corner Shop is a unique online supermarket for expats around the world. Whether you miss Marmite or crave Warburtons crumpets, they can deliver your British favourites straight to your door.

Their website stocks over 10,000 products from Britain’s most loved brands, meaning you can enjoy the British food you miss, wherever you are in the world.

Customer service is at the heart of their business. Since their humble beginnings in 1999, they have refined and developed British Corner Shop, building on the wants and needs of their loyal customers.

From purchasing your shopping through to the delivery, they want their customers to have total confidence when ordering with them.

You don’t have to be a British expat to use the service. If you have friends or relatives overseas who may be missing the taste of home, why not order them a box of British happiness? Their service is perfect for sending parcels of British food to Brits in the Armed Forces and others working abroad.

Eight top #tips for using fruit in your cooking:- 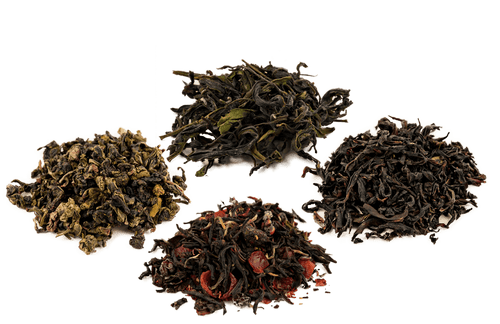 ‘Phoenix Supreme’ Oolong tea is picked from bushes that grow on the Wudong peak of Phoenix Mountain in Guarngdong Province, China.

It is made in small batches by and expert tea master and gathered twice a year, between April and May, and October and November.

It has a fragrant fruity aroma and a smooth, very refreshing flavour.

Oolongs can range in character between green and black teas, many can be paired with food along the same lines as their green or black counterparts. For instance, greener oolongs tend to go well with scallops, lobster and other sweet rich foods, while darker oolongs compliment somewhat stronger-flavored foods such as duck and grilled meats. 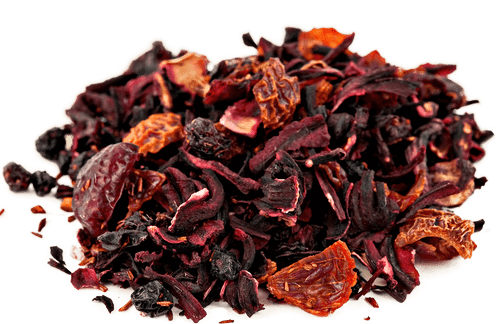 Not a green tea fan? Well the good news is that you don’t need to drink this to help with weight loss as they have now found that ‘Oolong’ tea helps even more.

A Chinese study showed that if we drink oolong tea for six weeks it will help with weight loss. In fact the data confirmed that a component other than just caffeine was responsible for promoting the preferential use of fat as an energy source.

A further Japanese study compared the benefits of oolong tea and green tea on weight loss. The results were that after drinking oolong tea you will use more energy than if you were drinking green tea or water and that it can last up to two hours.

For the best results they suggest you have a cup of oolong around 30 minutes to 1 hour before you do any form of exercise or walk, and drink it in the afternoon to help late afternoon sweet cravings and energy slumps.

Anyone fancy a cup of oolong tea?…

Clean Cakes by Henrietta Inman – what a beautiful name for a cookery book. When I browse Amazon for cookery books I do find that it’s the front picture that promps me to find out more about the book.

This cookbook is for anyone who enjoys baking as well as experimenting with new and alternative ingredients. It provides a wealth of ideas for cooking everything from spectacular cakes, energy-boosting muffins and wholesome loaves to stunning raw desserts and scrumptious tarts and pies, with distinctive flavour combinations and original twists on established classics.

It’s great for anyone who for health or lifestyle reasons wants to eliminate gluten, dairy or refined sugar from their diet but who still wants to satisfy their sweet tooth and create their own nutritious guilt-free masterpieces.

Next come over 75 beautifully photographed recipes, from rich chocolate brownies, a show-stopping courgette, basil, lime and pistachio layer cake and raw desserts to five grain omega mix granola bars, spectacular fruit pies and enticing savoury tarts. These recipes are for everyone and show that cooking healthily doesn’t have to mean compromising on flavour.

Our foodie tip of the week this week is -To keep cartons of double cream fresher for longer just turn the carton upside down in the fridge. I have no idea how this works but it does.