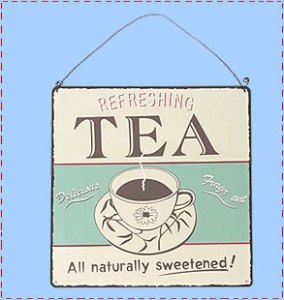 Natural Health News says that black #tea aromatherapy could aid stress but before you drink it read how this could help.

Try inhaling it. New research shows that back #tea contains aromatic compounds that may help to lower stress levels and improve mood.

#Tea consumption has been shown to have many benefits on mood and attention, such as improving relaxation and concentration, reducing tiredness and psychological distress. But now scientists in Japan are looking in to not just at overall benefits of tea, but how specific components that make of the flavour and aroma of tea might influence health and wellbeing.

In a small study, published in the Journal of Physiological Anthropology​, researchers at the University of Shizuoka, Chubu University, Mitsui Norin Co Ltd and Tokai University conducted a study to determine the effects of two kinds of black #tea aromas on physical and psychological stress. They reported that compared to those in the control group, those who inhaled black tea aroma had lower salivary CgA concentration levels after half an hour of mentally stressful tasks.

A student inhaling either Darjeeling or Assam tea aroma in the middle of a stressful maths test showed measurably lower levels stress.

Tea has been used medicinally as a natural remedy for centuries for the body as well as the mind. Drinking tea is something that I’ve added to my daily self-care routine and I’ve noticed a difference in my overall health and mood. There is literally a tea for every type of ailment out there […]

With so much being written about how tea is good for so many things, now they are saying that coffee also is good for you.

According to a Greek study, one cup of coffee a day could reduce your blood pressure. Researchers actually found that those who drank between one and two cups of coffee daily had the healthiest arteries.

Two cups a day (no more than two cups if you are pregnant) could keep Alzheimer’s at bay.

After studying more than 122,000 women, researchers found that three cups a day can reduce the risk of developing ovarian cancer. However, according to a US study in 2006, coffee drinkers who have more than three cups a day may increase their risk of a heart attack.

Coffee, like tea, is packed with antioxidants which can potentially cut the risk of cancer, however, more than three cups a day could mean that you are twice as likely to develop rheumatoid arthritis.

BBC Health say that ‘three cups a day may have some health benefits according to a large review of studies, in the BMJ’. It found a lower risk of liver disease and some cancers in coffee drinkers, and a lower risk of dying from stroke – but researchers could not prove coffee was the cause.’

With benefits from drinking some teas and coffee, I guess it’s up to the individual to not overdo taking neither tea nor coffee but enjoy it and the possible health benefits that go with it.