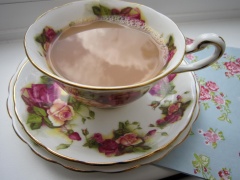 Now in their 27th year, The Tea Guild Awards are considered the Oscars of the tea world, with world-famous London hotels and tea rooms competing for the highly coveted honour.

Bettys Cafe Tea Rooms, located in Northallerton, has been named as the best place in Britain to enjoy afternoon tea, after scooping The Tea Guild’s prestigious award for Top Tea Place 2012.

This is the highest ‘accolade’ of the tea world.

A charming city and spa hotel scooped the top award after impressing The Tea Guild judges with its quality of service, food and tea.

The best place in London to enjoy a sumptuous afternoon tea has been named as The Athenaeum Hotel, which has scooped The Tea Guild’s prestigious award for the capital for “Top London Afternoon Tea 2012”.